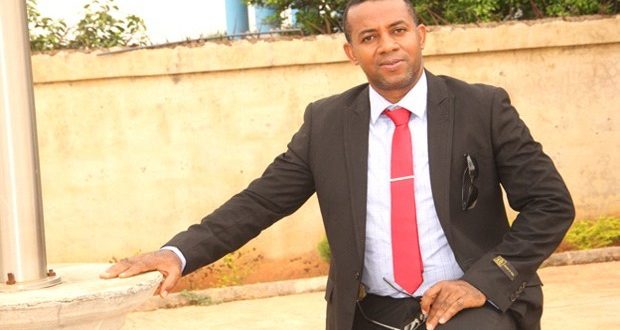 He is breezy, workaholic, intelligent. He is also given to quick fits of anger at stupid actions. But even in those fleeting fits of anger, the victim ends up bearing no grudges; at least not for long. Rev Fr Coach Obinna Dike is simply a man you cannot fail to like. You cannot also fail to notice him because of his affability and awesome good looks. Perhaps, had he not been a priest, he could have been one of the leading stars in Nollywood.

Fr Dike lightens up wherever he enters, lifts up spirits and leaves you not wanting him to leave. He is knowledgeable in almost everything and always willing to share that knowledge.
He is also sensitive to atmosphere and would readily decode when those working with him are either depressed or happy and easily diffuses tension with his ready jokes. He is one man who genuinely cares.

I first knew him when I was the state correspondent of a national magazine, The Week. I was then often at the Press Unit of Government House, Awka, where he sometimes came to see one government official or the other while doing business for Fides. I used to call him, ”Bolaji Okubule”, after a popular FIFA badged referee at that time. I called him that because of his refereeing status.

Over time, we began to get more closely acquainted. It was this closer acquaintance that led him to broach the matter of my coming over to work at Fides as editor-in-chief. Although I never took that proposition seriously, and often laughed it off, he kept at it and at some point managed to convince me to give it a trial. I did and the rest is history. So when I say he is the man that brought me to Fides, it is as factual as the name I bear.

Fr Obi, as we all call him, is a phenomenal personality. He does the most difficult tasks with seeming ease that make them look easy. That is why today he holds many important positions and still wears a ready smile. But I will come to that yet.

I’m celebrating him today because of the feather he added to his already feather-laden cap. He was recently announced as the best graduating student at the National Institute for Sports, NIS, Lagos, the country’s elite sports institute.

For those who don’t know, this institute is where virtually all the country’s famous coaches went to at some point to hone their coaching skills. Even foreigners come there for same purpose. So for anyone to excel there, and not only that, coming out as the best, is certainly not a mean feat. But that’s what our phenomenal Fr Obi has done, despite his very loaded schedule and responsibilities.

I always like to celebrate genuine achievements; not the ones that are aided by the size of one’s pockets or achievements driven by a sense of vanity. Had he taken a chieftaincy or some other title, he wouldn’t have earned my praise. Such are mostly earned by the material acquisition of the earners. But emerging tops at a place that has produced many of the country’s greatest sports gurus says much for Fr Dike’s cerebral power. Thus, I’m celebrating him today because he deserves to; not just because of his latest feat, but because of his work ethic, disposition and relationship with other people.

He has worked variously as a teacher, Physical and Health Education (PHE) at St. Dominic Savio Seminary Akpu, coaching the football Team

He is also a Grade One Referee

Fr Dike is also saddled with such other responsibilities as follows:

The intriguing thing is that despite the above loaded schedule, Fr Obi has still contrived to maintain his cool as we say. But I know that many would have baulked at the idea of handling so many things at the same time. I would have baulked at it too. But then, Fr Obi isn’t your ordinary man. He is built to operate at a high tempo without showing the wear and tear associated with such.

Today, he is blazing the trail in discovering and grooming young soccer talents and sending them on their way to stardom abroad. He does this through the instrumentality of his DOSAD Sports Academy; something that neither the government nor any individual is currently doing at same level as he.

Already, some of his players have started playing for the various national teams; a development that is testament to his vision and industry.

Fr Obi is not one to be content with his immediate accomplishments. He is forever thinking out of the box and looking for new grounds to conquer. That was how he dabbled into the sports project and got the blessing of our lord bishop to make a job of it.

Today, many young men have found cause to see their talents as future meal tickets. Unlike the local football competitions embarked upon by communities during festive periods where winners remain where they are afterwards, those who work with Fr Obi know that if they do well, they will be snapped up by European clubs.

It is therefore a normal feature to see scouts from Europe coming to watch Fr Obi’s players and penciling down the names of those whose skills they like. It can therefore be said that with Fr Obi, football is not just for fun, but for future mega bucks.

Indeed, to say that Fr Obi is phenomenal is to state the obvious. He is like three active individuals in one. He dazzles where many have failed. Working with him has been one great, happy experience. His ability to inspire, to motivate, is infectious; little surprise that those around him are ready to toe his path of determination and tenacity to succeed against all odds.

I use this opportunity therefore to congratulate this wonderful fellow called Fr Obinna Dike. His recent academic feat, I pray, will be a harbinger of more good tidings to come so that he will continue to dare and excel in his onerous task of producing future stars for the country. 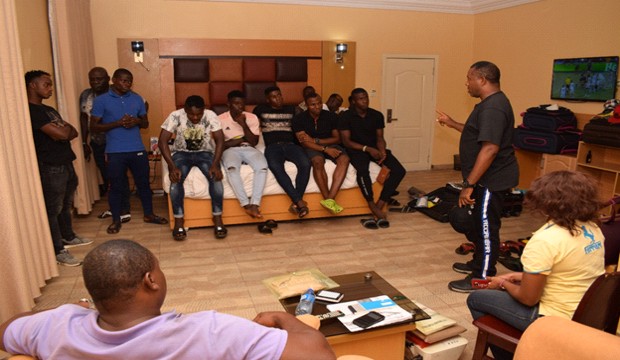 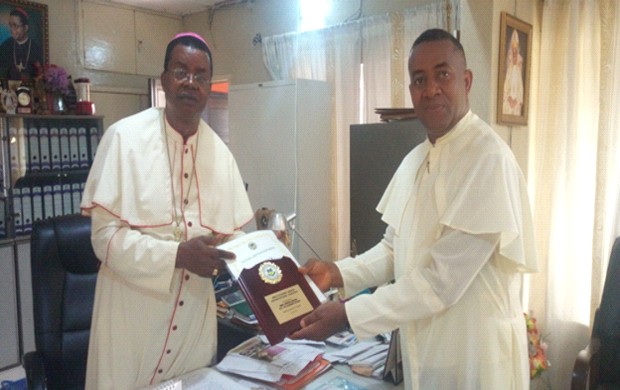