DOSAD Football Academy is made up of the male and female categories. The male category is camped at St. Anthony’s Enugwu-ukwu and which opened on Monday April 4, 2016. The female which was opened mid 2016 reside/camp at St John Vocational & Technical Institute Neni in Anaocha Local Government Area of Anambra State.

The Director of the Institute, Rev. Fr. Michael Francis Enyosiobi must be commended for his passion and effort to make this a reality. DOSAD has been on the planning and arrangement since last year.

Both the male and female DOSAD FC will have the Under 10, Under 13, Under 15, Under 17 and the Senior categories. The senior category is the professional age which is 18 years and above.

DOSAD also oversees all the junior categories and identifies and trains those selected. These are currently in the basic and secondary school levels across Anambra State and beyond. Each holiday, identified talented pupils and students undergo a special intensive training and conditioning under a team of DOSAD coaches for a week or two.

These players are further trained in their various schools by the sports trainers selected by interested schools and coached by DOSAD to monitor, train and evaluate these players back in their schools during school sessions. The training for the selected candidates for training holds as and when due.

At DOSAD Camp, the team of coaches focuses on four cardinal areas; Professionalism, Vocation, Human formation and Counselling/ Guidance. DOSAD coaches have observed that among the players in camp are those skilled in art, painting, masonry, carpentry, electrical works and the likes. Skill acquisition has been engrained into the programme to assist the skilled to professionalism as well as play football. Others who are less or not skilled are disposed to learn the art and skills for life demands.

The formation of DOSAD Camp involves also schooling and sporting. About twelve players of DOSAD are currently at various levels of levels of education in higher institutions. These are encouraged and given special packages whenever they are in camp so as to meet up the level of full time players. DOSAD also has business men who are talented. These are accommodated according to their capacities and capabilities.

DISCRIMINATION/DENOMINATION
As DOSAD FA is the brainchild and product of the Catholic Diocese of Awka, a good number may think up religious bias and denominational discrimination. Happily, this is non-existent in DOSAD. It is a truly registered professional outfit governed by the Constitution of the Federal Republic of Nigeria. There is freedom of worship at DOSAD but with utmost respect to Christian and Catholic faith and practices. In effect, there are players from other denominations and religions in DOSAD.

NEW PLAYERS
Screening for new players is in the offing at DOSAD. Any intending player who seeks to join DOSAD Football Academy is to send the following data to dosadsports@yahoo.com. Names, village, town, state and country of origin. School attended, current place of residence, date of birth, number of years played/playing football (football history). Contact phone number and emails, choice positions (wings) or simply register a new account on our website by clicking the JOIN US button

One can also reach out to us through our communication channels on our Contact Us page. 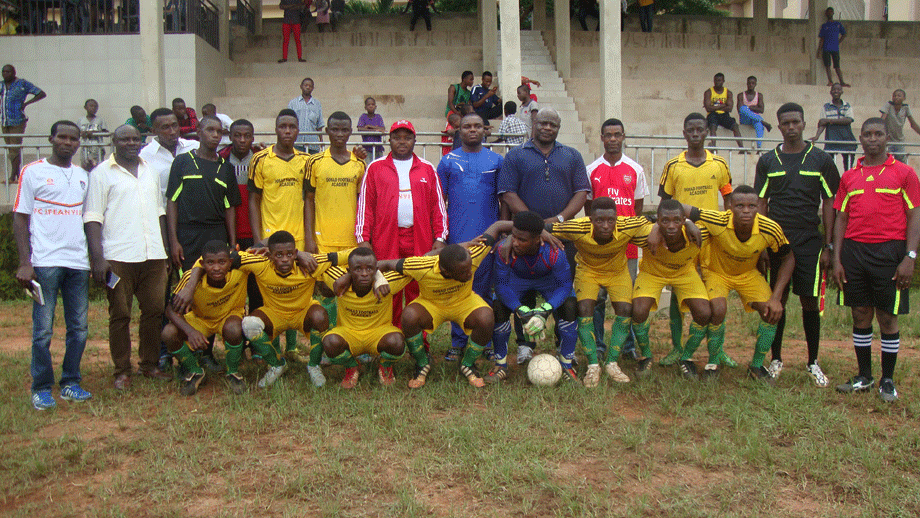