While the first two are known for flaunting their Nigerian flag everywhere they go, the same can not be said for the basketball star, who only just started identifying with his Nigerian roots. He talked about his home country for the first time in a 2019 interview with a sports website called The Undefeated.

In it, “the Greek Freak”, as he is called, announced that he is a proud Nigerian, as reflected in his Twitter bio. He also talked about getting his Nigerian passport in 2015. 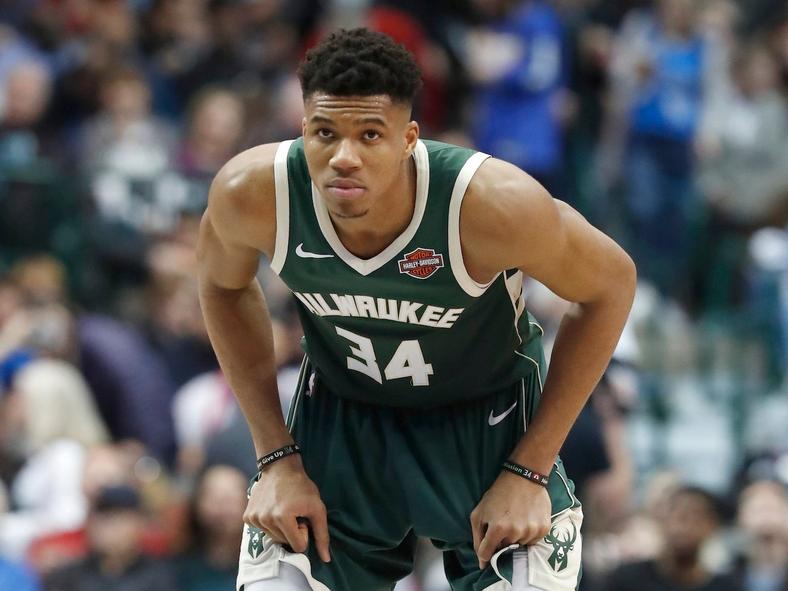 Here is everything you need to know about basketball star Antetokounmpo, who happens to be famous everywhere but his home country.

He was born on December 6, 1994, in Athens, Greece. His Nigerian parents, Charles and Veronica Adetokunbo, had moved from Lagos state to the European country three years before he was born.

His name was originally Adetokunbo. It became Antetokounmpo after a misspelling in his Greek passport.

Antetokounmpo grew up in a neighbourhood called Sepolia. According to the New York Times, “His parents struggled to find work. Antetokounmpo and his older brother, Thanasis, helped out by hawking items such as watches, bags and sunglasses.”

By 2011, he had joined the senior men’s team and had played with them in Greece’s third-tier level semi-pro league. His professional career began the next year with the same club during the 2012–13 season.

In 2013, he signed a rookie scale contract with the Milwaukee Bucks of the National Basketball Association (NBA). He did so well that his contract was extended through the 2015–16 season. Since then, the 6 feet 11 power forward has set many career highs and kept up a steady winning streak.

His abilities on the court have earned him the nickname ‘Greek Freak’. He has received the NBA’s Most Improved Player Award for the 2016–17 season. He has gotten three All-Star selections and is well on his way to getting the coveted NBA Most Valuable Player Award, according to the New York Times.

In last night’s win, Giannis tied the Shaq’s record for most 25-point, 15-rebound, 5-assist games in a single season (12)

Antetokounmpo’s four-year contract with the Bucks was extended in 2016. It cost $100 million. With this, his earnings went up nearly 500%. His salary is said to be $22.5 million.

He has a Nike deal that paid roughly $20,000 annually. This long-term partnership has also been extended. This new deal is expected to pay an estimated $9 million in the first year and more when his first Nike signature shoe is released sometime this year.

Apart from his contract with the Bucks and Nike, Antetokounmpo also has deals with BMO Harris, Tissot, T-Mobile and Kronos Foods. Last year, Forbes estimates that he made $13 million from these endorsements.

I know I made the right call when I teamed up with @MetroByTMobile! Make the smart move too and switch, but don't play me in H-O-R-S-E. That's not a smart move! 😂 #Sponsored #GreekFreakGoesMetro #StayFreakyInPurple pic.twitter.com/CDq3E9KNO7

Overall, he made a total of $35.5 million. This landed him on the Forbes list of NBA’s highest-paid players in 2018.

This makes him the highest paid Nigerian NBA player.