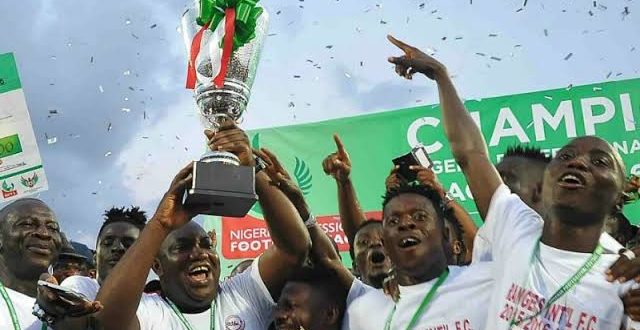 As the Enugu Rangers International Football Club battles Kano Pillars of Kano State in this year’s NFF/AITEO Federation Cup finals in Asaba, Delta State capital on Wednesday, October 24, Gov. Ifeanyi Ugwuanyi of Enugu State has called on all enthusiastic fans of Rangers and indeed the Igbo nation, to offer special prayers for the club’s victory at the tournament.

Gov. Ugwuanyi also appealed to residents of Enugu State and the entire South East geo-political zone, including traders in Onitsha, Enugu, Aba, Asaba, and others, to come out en masse at the Stephen Keshi Stadium, Asaba, to cheer the Flying Antelopes to victory.

The governor noted that Enugu Rangers is not just an iconic football club, but also a national brand and one of the oldest clubs in Nigeria that has remained in the competition, and has equally continued to receive the admiration of its staunch supporters across the country, stressing that “Rangers FC belongs to all of us”.

Gov. Ugwuanyi pointed out that it was because of God’s grace and the people’s unceasing prayers, goodwill and support that Enugu Rangers FC, under his administration, won the 2015/2016 Nigeria Professional Football League (NPFL) trophy after 32 years, stating that the club’s victory next Wednesday will be another milestone achievement.

He therefore, charged the club’s management, technical crew and players to tackle the game with all sense of commitment and dedication so that they will win the trophy which has eluded the team in the past two decades, saying: “As you go out there, remember what Enugu Rangers represent and do us proud. Enugu State is in the hands of God!”.