The draw for the 2018 African Women’s Nations Cup was done yesterday night in Ghana.

Nigeria was drawn in group B with South Africa, Zambia and Kenya. We play our first match against South Africa at the Cape Coast Stadium on November 18th.

The tournament will be held in Ghana from 17 November to 1 December 2018. 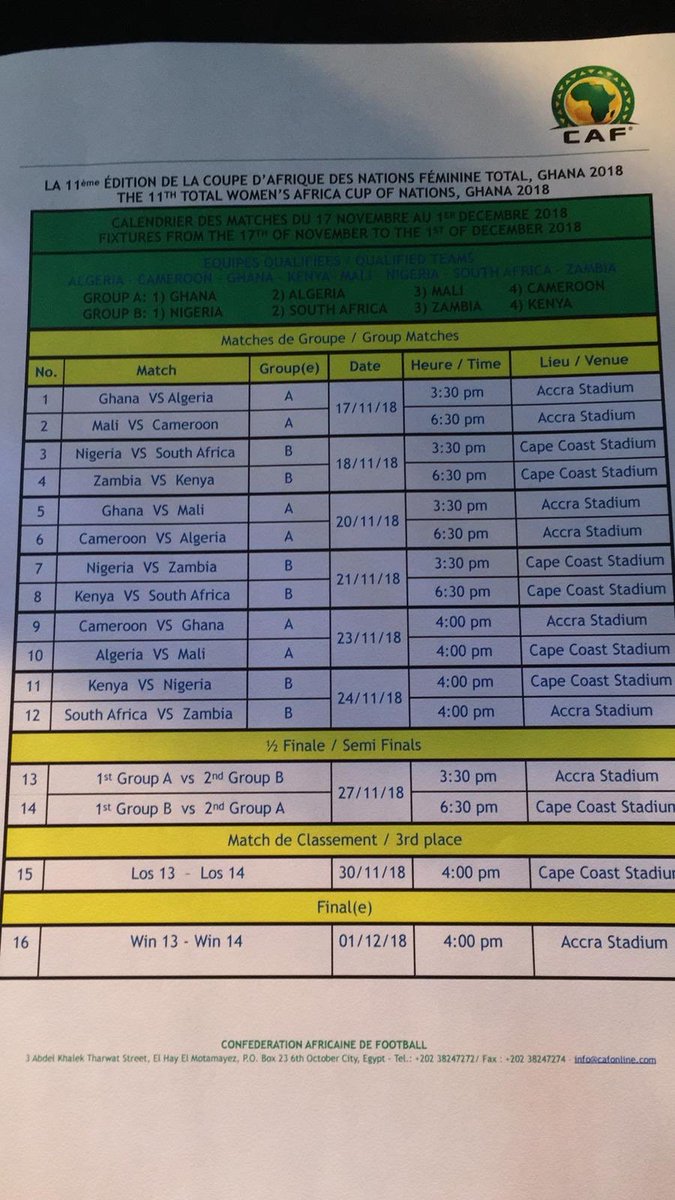